In 2004, university graduates from Jiangsu, Zhejiang and Shanghai who were former CT Scholarship recipients established the East China Chapter of the Cyrus Tang Foundation Alumni Club. The club holds regular meetings, maintains contacts with past scholarship recipients, and continues to actively participate in the Foundation’s civic projects. Recently, the Beijing-based North China Chapter and the South China Chapter, based in Guangzhou and Shenzhen, were also formed and have begun their activities.

Since its establishment in November 2004, the East China Chapter of the Alumni Club has been active in Shanghai, Wujiang, and other areas in organizing English Language interchanges, book clubs, New Year festivities, picnics, culinary outings, etc, to foster ties among its members. In November 2005, club members went to Chun An County to visit primary school students. It was a return visit for some of the alumni who had “adopted” schoolchildren under the Big Brother Big Sister Program. 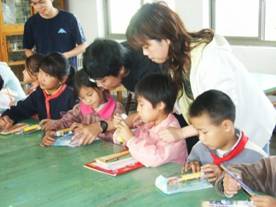 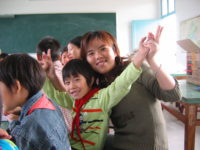